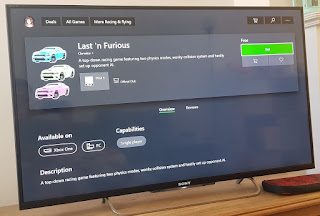 While the desktop platforms support one-click publish, the UWP equivalent is a bit more involved (Microsoft makes you jump through a few hoops - creating developer accounts, Xbox Live sandboxes etc).  It is all documented on their own site, but I'll work on putting the hooks in place so that XAGE does as much of this for you as it can.  Once this process has been trialled on some of the other ported games, I'll push out an update to XAGE Editor for alpha users.
Posted by Clarvalon at 17:40