It seems that there's a mixed reaction over the revenue generated by the indie developers on Xbox Live Community Games. Generally the bedroom coders are happy about making a few thousand dollars from their hobby, whereas the teams behind the larger projects seem more disappointed with the returns so far. There are a number of reasons offered - lack of marketing, lack of visibility, lack of quality, lack of achievements & leaderboards. All seem pretty valid.

There has been some discussion on the XNA forums about the impact of the 8 minute trial on actual game sales. Some of the problems facing small puzzle games aren't really applicable to the point and click genre, but that has its own set of issues.

As I'm in the process of fleshing out plot ideas for my own game, it seemed like a good time to get some pointers over what works and what doesn't. To help in this, I've downloaded five games built with AGS and treated them as if they were targeting XBLCG.

Disclaimer: The following are not reviews, just an analysis of their introduction and suitability for Xbox Live & XAGE. Granted, it's a slightly unfair critique as none of these games were designed with a time limit in mind. A few I've played before, the rest are new to me. XAGE capability of each title excludes GUI Customisation and Conversations.

1) Murder In a Wheel 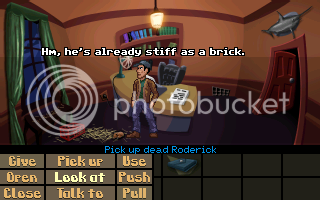 The Good: Interesting Day of the Tentacle-esque art style. The murder occurs within the first 8 minutes. The player gets a few minutes of playing the game.
The Bad: Characters slide as they walk (more a matter of personal preference).
Not yet possible in XAGE: Nothing I'm aware of.

2) A Second Face - The Eye of Geltz is watching Us 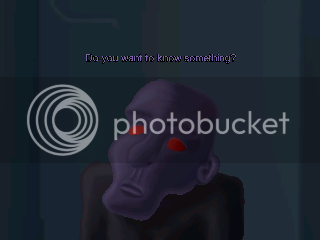 The Good: Higher resolution than most Adventure Games. Very good use of audio.
The Bad: Slow pace of the intro is a bit of a killer. Art direction a bit wonky. Pronunciation of "Realm". Suitability.
Not yet possible in XAGE: Talking heads, Text Parser.

3) A Tale of Two Kingdoms 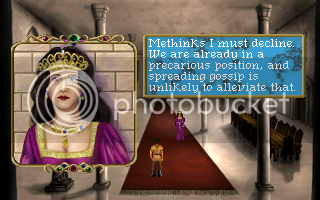 The Good: Comes across very much as a labour of love. Interesting zoom technique in the preamble.
The Bad: There is a LOT of dialogue, with barely a few seconds of play in the first 8 minutes unless you skip a lot of scenes. This is likely to appeal to a certain type of player and alienate the rest. Possible size limit issues.
Not yet possible in XAGE: Talking heads, Autonomy. 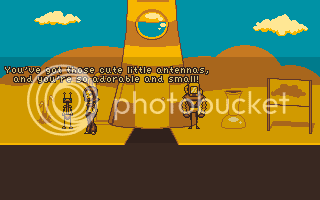 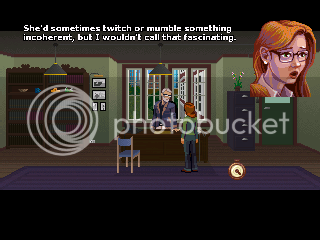 The Good: The art style and general presentation is strong. The story is intriguing. The player gets an early chance to see the game's play mechanic (Rosangela's apartment).
The Bad: The central plot revelation is not exposed within the first 8 minutes (unless the player skips through much of the dialogue).
Not yet possible in XAGE: Character transparency, Speech, Talking Heads

Conclusion: It's important for the player to get a clear idea of the plot, characters and game mechanic within the first few minutes, which isn't as easy as it sounds. The player needs to get sucked into the gameworld sufficiently to part with a few hundred microsoft points. Also a trial detection needs to be scripted into the game itself, to prevent users from repeatedly skipping cutscenes on multiple playthrough. Loading & Saving must be disabled.
Posted by Clarvalon at 16:10