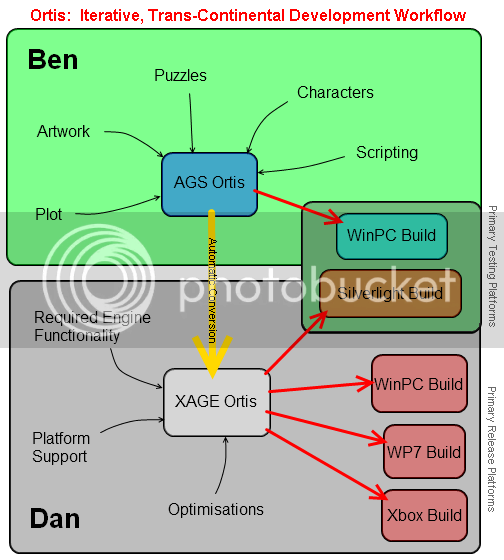 It's a simplification of course - Ben has input on how the different user interfaces should work, and I chip in with some AGS code and the occasional ill-conceived plot device ("What if Madelyn actually suffers from hair loss and can only stimulate her follicles using the milk of human kindness?").

As the lead creative force, it's absolutely fair to say that Ortis is primarily Ben's baby.  One advantage of the approach we're taking is that, in the unfortunate event I'm incapacitated by one of the UK's many bad drivers, he'll be free to continue and complete the game to his own satisfaction within AGS.  Assuming my good fortune continues (thirty years free from being run over and killed), we'll end up with an attractive, interesting and accessible game available on three core platforms, with potentially up to six more should interest be sufficient.
Posted by Clarvalon at 22:28 4 comments:

As mentioned on Ben Chandler's blog, we've been collaborating on a new game for some months.  It's being developed primarily in AGS, with a view to releasing an XAGE version of the game on as many platforms as we can.  It's early days yet, but the quality of Ben's initial artwork is very high indeed, and improving with each scene: 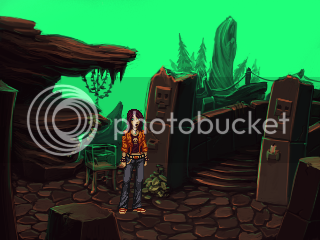 Rather than porting it at the end of the development cycle and being overwhelmed with hundreds of bugs, the game is being ported iteratively.  This means I can squash most issues as and when they occur, and being able to play early builds on the Xbox and Windows Phone has been important in making sure the interface is simple and intuitive across all platforms.

It's a massively exciting project to be a part of.  I'll try to blog about this more as things ramp up.

About eighteen months ago, I agreed to attempt a port of Mark Richards' then beta AGS game, Prime Minister's Questions.  It proved to be a good test case for the early C# scripting engine, though a chronic lack of free time and some unfortunate technical issues with third party libraries meant it was only about 90% complete.  Mark released the AGS version shortly after and got some decent coverage within the  mainstream press.

After recently taking another look at latest (and most likely, last) version of Silverlight, I found I was able to finally complete the job.  I'm quite pleased with the results - whilst there are still improvements to be made, general performance is much better than the original port of Awakener back in 2010: 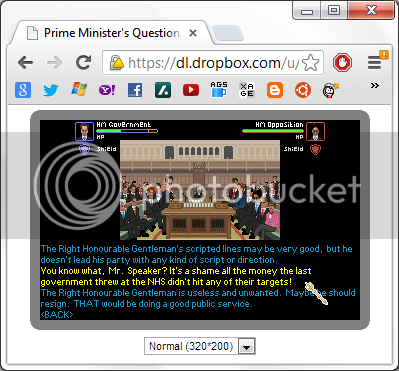 Mark's now working on a new HTML5 & Javascript powered PMQs, so I look forward to seeing a smug, pixelated George Osborne receiving his parliamentary comeuppance.
Posted by Clarvalon at 21:42 7 comments:

These late nights are slowly killing me, but it's worth it - development has been progressing at its fastest rate in months:
Also, many thanks to David Gouveia who very kindly sent me the source to his excellent A* & Clipper powered pathfinding system.  I'm hoping to be able to leverage this into XAGE as a direct replacement for the old, clunky Walkbox system, providing I can crowbar in some additional functionality:

As I'm happier with the current state of the engine than I have been for a long time, I've recently been collaborating on a little something with a gentleman who has been proven to be an impressive 30.4 times better than Ben10.  More on this over the next month or two.
Posted by Clarvalon at 07:30 No comments:

Taken a few minutes ago, here's the very first screengrab of XAGE running on Android (via Monodroid and Monogame). 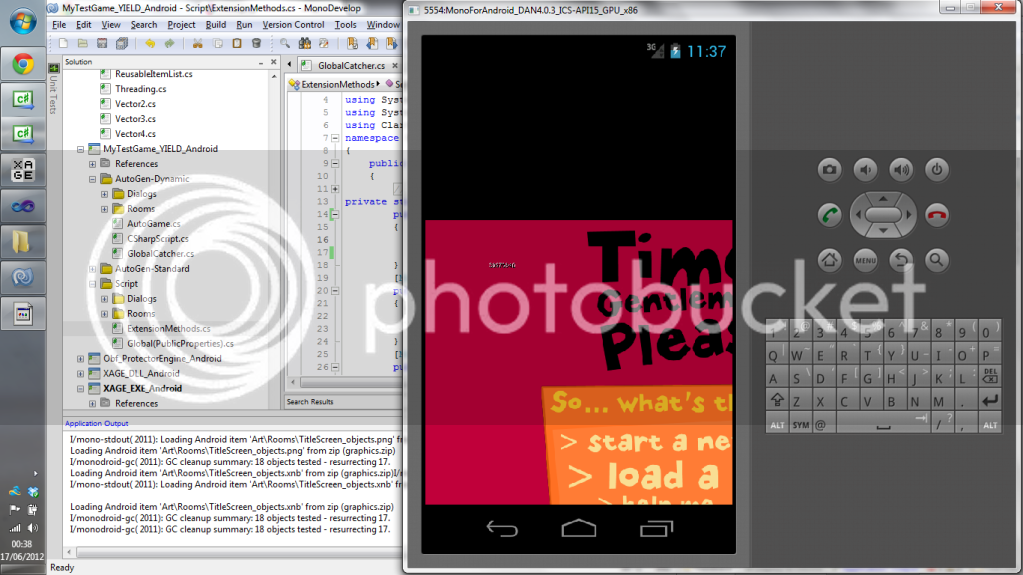 Unfortunately the Android Emulator is decidedly more clunky than iOS and WP7, so I probably won't pursue this further until I have the appropriate hardware and licenses. At the very least it has satisfied my curiosity over the potential of Android as a platform, if not yet the viability of it in a real-world scenario.
Posted by Clarvalon at 01:12 No comments:

As usual, most spare time is devoted to engine work (with maybe a spot of Joe Danger here and there) rather than writing blog posts.  The new scripting system is really starting to come together, and thankfully has been compatible with each platform the engine supports, including iOS: 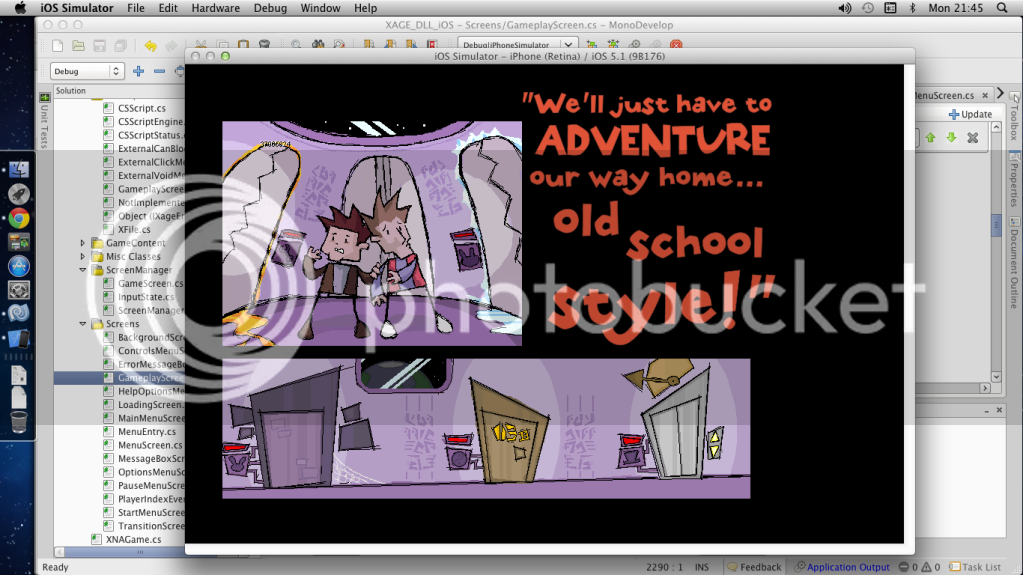 I'm really happy with how this is coming along.  Hopefully I'll have more to show over the next few months.
Posted by Clarvalon at 21:39 No comments: