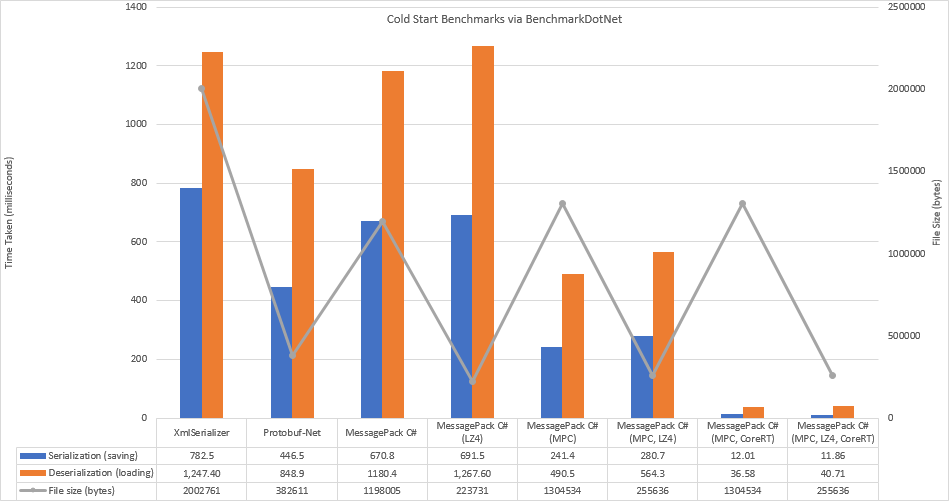 While it would take some time to fully integrate MessagePack into XAGE, it currently appears to be the best option in the absence of protobuf AOT support.  I just hope that .NET 5's AOT strategy works as well as CoreRT.
Posted by Clarvalon at 16:59