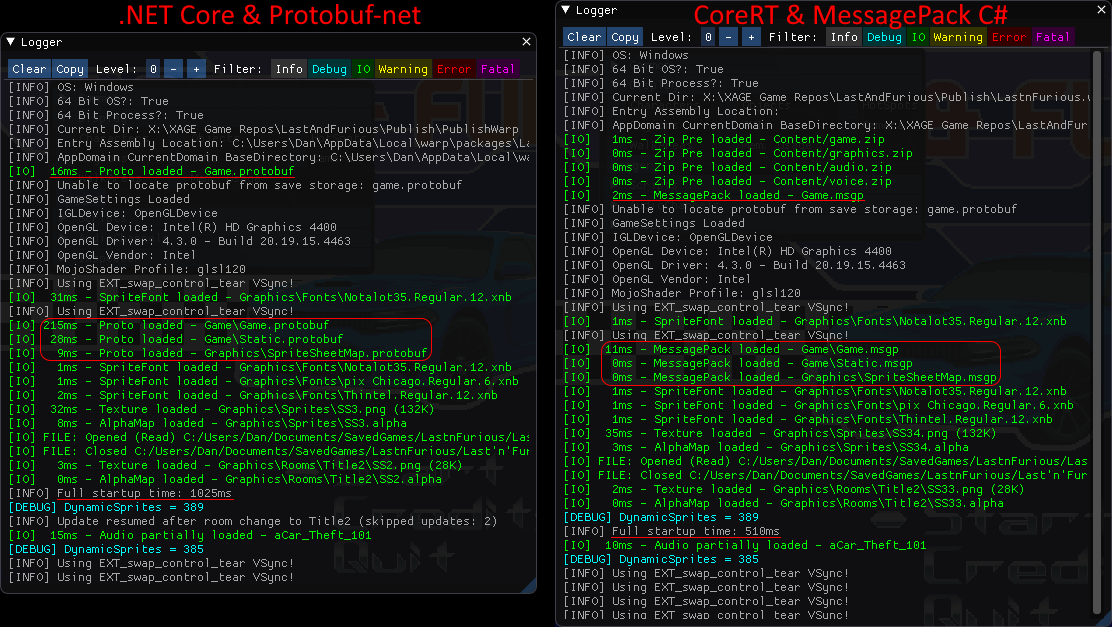 As always, there's more work to be done to integrate MessagePack fully into XAGE's pipeline, but the results already justify the effort involved.
Posted by Clarvalon at 20:41